Thank you for your help.Will looking forward to purchasing the Next Time.The Products is high quality.

Hi Zoe Thank you for your help.The Product is great.I will buy more items next time.

Companies adhearing to the "Quality -focused" ,"Service -oriented" business philosophy.After years of unremitting efforts and strong support form customers all over the world ,the company has developed steadily ,have established a set of group company research and developement,manufacturing ,import and export trade integration business model.which has owned 10 branches includes a Financial Center ,a Logistics Center, A wholesaler Center and four Marketing Center,under a number of companies located in Guangzhou,Foshan and Hongkong.Our Company owns famous Brands like''DAKING",''SYRINGA".'INULA'"KINUGAWA" and etc. We are the biggets distributor for ISUZU GENUINE Parts ,ISUZU BEST VALUE PARTS and other OEM parts in China .Over the years,Companies have been named as "Guangzhou Contract and trustworthy enterprise" "tax credit grade A taxpayer" by relevant departments and received a variety of honorary titles.

The company has been committed to grasp the changes in the industry,to provide high cost performance products for customers,had invested in a number of factory to clutch flywheel ,water pump led the forefront in the industry ,to ensure the quality of products from the production,and the increase of products can meet the needs of customers in European and Anerican nodels on the basis of existing.
The self -owned brand of company"INULA " and "SYRINGA" have won the favour of customer, which we have operated for many years.In 2017 ,the company in the line with the national "The Belt and Road" policy ,reached a strategic cooperation relationship with the international brand "ORIGIN PARDS"
Have obtained the Global agency of Chinese manufacturing ,and let the company embraked on the path of globalization

We are firmly believe that"Quality -Focused ,Service -Oriented"is the basis for mutual cooperation.The company is committed to providing customers with cost -effective products,we are looking forward to buliding a long-term relationship with you.

Guangzhou Damin Auto Parts Trade Co.,ltd was founded in 1990 which are group company engaged in ISUZU spare parts and industrial machanical for 30 Years.Headquarter is loacted in New Guangcong Auto Parts Market No.113 North Road Baiyun, Baiyun District Guangzhou City Guangdong Province China.Nice place where about  only 100 meters away from Line No.3 of the Guangzhou Metro Station.

The History of Developing:

Since 1990,Our Company Consistently focus on products Promotion, Quality Control and Best Service. Progress Always going on base on customer's trust and support.

We firmly believe that "Quality-focused, Service-Oriented " is the basis for mutual cooperation. ''Quality-Focused, Service-Oriented", "Win-Win Cooperation Creat Brilliance" is our company business philosophy. We are committed to provide each customer with the highest standard of customer service and meeting the demands of customer's .Our Company enjoys a high reputation from Customer in Oversea Market

Warmly welcome customers all over the world to establish business relations with us on based of mutual benefit.

With the "Quality-Focused"'Service-Oriented"Business Philosophy ,After Years of unremitting efforts and strong support from customers all over the world ,Our Company has become an ISUZU Spare Parts Group Company which is has owned 13 branches includes A Financial Center,A Logistics Center,A Wholeseller Center,and Four Marketing Center.Now We has already built up with R&D ,Manufacturing ,Procurement,Logistics,Retail ,Wholesale,B2B import abd export trade in Business.Our company owns famous brands like "ORIGIN PARDS" "DAKING " ''SYRINGA"INULA"" KINUGAWA" etc.

Guangzhou Dayue Auto Parts Trade Co.,Ltd which was established in 2002 and it is a branch company of ours.

Dayue is an agenct of JAPAN ISUZU MOTORS LIMITTED in Guangzhou which is specializing in Wholesaling and Retaqiling of ISUZU GENUINE PARTS and ISUZU Besco Pure Oil. Our Company was Carried out in the developing for 30 years basis on the Business philosophy Quality-Focused"'Service-Oriented".We was committed to providing each customers with the highest standard of customer service and meeting ithe damands of Customer's.

We are looking forward to building a long-term relationship with the customers all over the world .We are always to meet the demands and requirements of customer's. 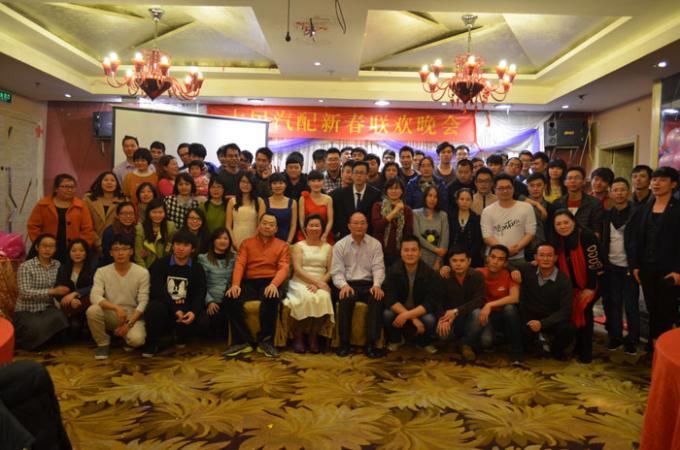